Muscle Atrophy – Should You Worry of Losing Muscle Mass During Fat Loss?

I often get asked whether it’s possible to do a traditional weight routine along side BellyProofing your stomach. I also get asked a lot about protein supplements. Here’s my verdict on the two.

First, “weight lifting” can be both strength training and bodybuilding. But the two aren’t the same. Bodybuilding is all about increasing the size & mass of the muscles. Strength training is about getting stronger. If you are doing strength (low reps while going heavy – practicing isometrics & calisthenics), you would be happy to know that there is a way to mix it in without taking away from your results in fat loss.

Bodybuidling however is a different story. If you are doing bodybuilding properly, you will work your muscles to exhaustion (at least if you are doing it properly) and that will almost certainly take away performance from your BellyProof workouts. It’s only 5-6 weeks so we have to focus, which brings me to the next two mini-subjects:

Subject #1 – You will not lose muscle (muscle atrophy).

Many people are afraid of losing muscle during weight loss. This is based on a combination of things:

To explain the first two points, we go back to the 90’s; An ambitious scientist named Karl E. Friedl was commissioned to do research by the US army. His goal was to test what it would take to get a person into “starvation mode”. As it turns out, it was a bit more than “not having enough protein” or “not hitting the weights”. You would have to train like a navy seal, be sleep deprived and do so for a long periods of time before your body gives away protein tissue.

Second, the BellyProof program has a ton of resistance in it. It’s not traditional weight lifting but that doesn’t mean it’s not challenging. If you haven’t tried a workout yet – I suggest you do that before you look to add to it as we do employ high resistance in non-traditional ways. BellyProof is not endurance training.

Third, when you take protein, it breaks down into amino acids and those amino acids are what your body uses to build protein in muscle tissue. You get amino acids in almost every food you eat, not just from pure “protein shakes”.  There is no need to drink your weight in protein, if you follow our guidelines, you have nothing to worry about. The only people that can really benefit from extra protein are vegans and vegetarians, and even that is not always the case.

Fourth, glycogen in muscle tissue draws water, as much as 5x times it’s own weight. When losing weight, we need to get glycogen down (temporarily) in order to prioritize fat metabolism inside the cells. As we take it down, we pull away water from the muscle which makes them look flatter. Towards the end of the program, we reverse this process and pull the water back into the muscles making them look full again. This is not “muscle memory”, you didn’t lose muscle / protein and then magically regained it. It’s just playing games with glycogen to suit our needs.

So remember: you are not losing muscle, but your muscles will look slightly flat until you get to the last few days.

Can you see any muscle atrophy?

These are of course are just a few examples, you can see more here and it will show you the same. No loss of muscle, quite the opposite. 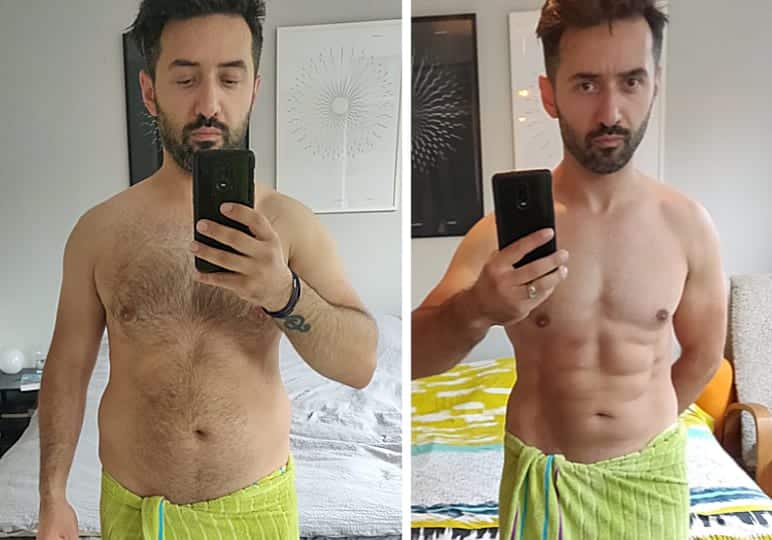 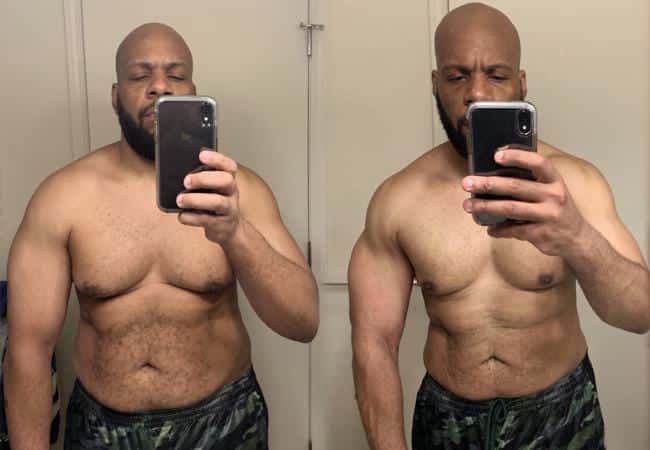 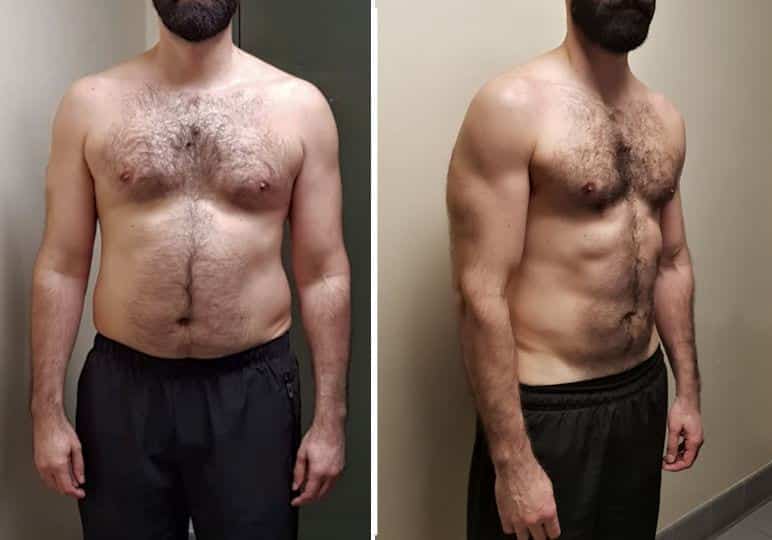 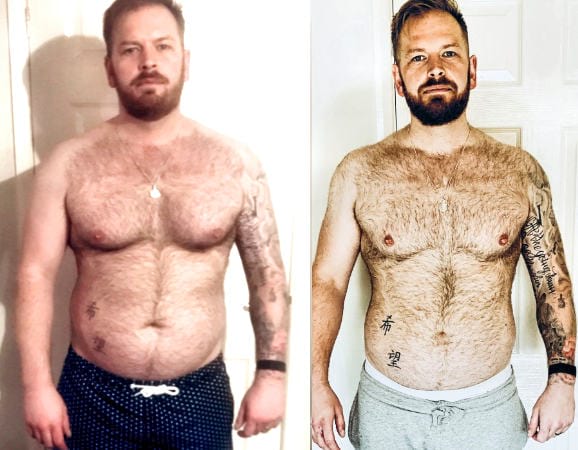 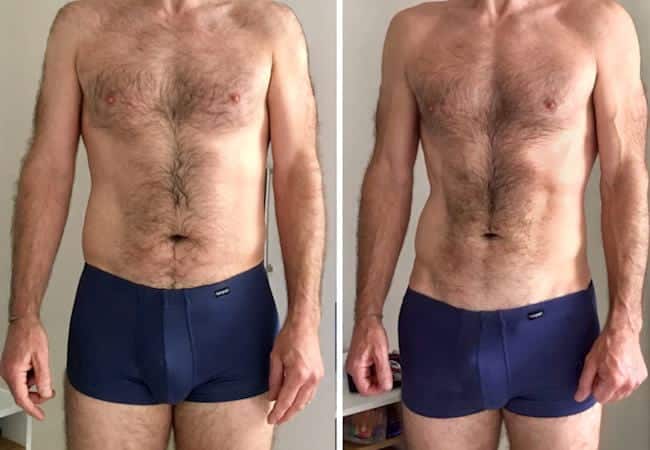 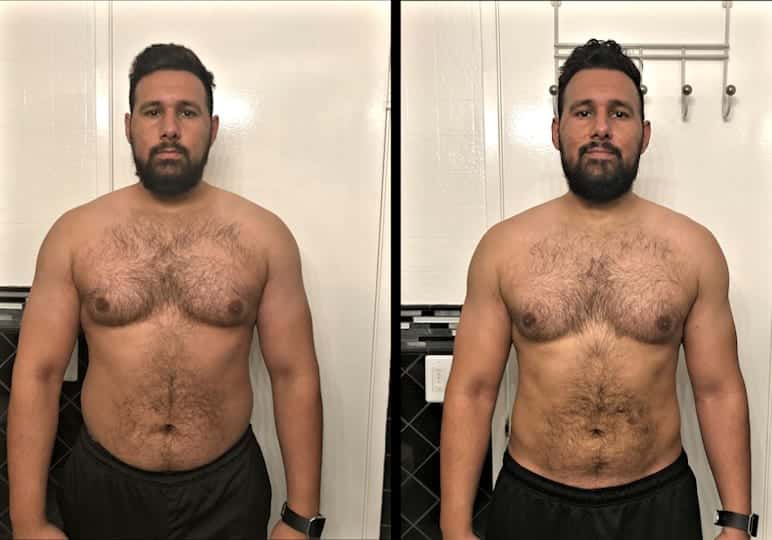 Subject #2 – You can build muscle and lose fat at the same time… well… sort of.

You can only really build a small amount of muscle while losing fat. We prioritize this to building your six-pack (you’re welcome!). However, you can’t fully optimize for both Maximum Fat-Loss as well as Maximum Muscle-Building.

You have to choose to do one at a time, and as this program is about fat loss. We choose Maximal Fat Loss!

Here are two good reasons why:

The content on the website [BellyProof.com] (“the website”), including content contained in any PDFs or other materials supplied through the website or through any fitness programs (including any tutorial videos, guidelines or other documents) is provided for general information only. It is not tailored to the needs of any particular reader and may not be appropriate for your circumstances. You should obtain professional or specialist advice from your physician, GP, or other health professional before taking, or refraining from, any action based on the content on this website.

In the absence of our negligence or breach of duty, we do not accept any responsibility for any injuries, liabilities or losses resulting from the use of the content on the website or through participation in any fitness program. Although we make reasonable efforts to update the information on our website, and in our fitness programs, we make no representations, warranties or guarantees, whether express or implied, that the content on our website or in our fitness program is accurate, complete or up to date.